The Cognitive Training Data website was created to help scientists, reporters, and consumers navigate the many mixed messages on the field of computerized cognitive training. The site is maintained by Michael Merzenich, PhD, Professor Emeritus of Neurophysiology at the University of California San Francisco and Chief Scientific Officer of Posit Science Corporation. 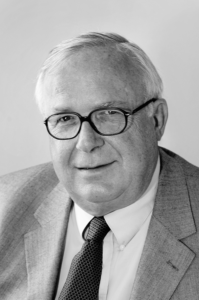 Dr. Michael Merzenich is widely known in the world of neuroscience for his breakthrough research in brain plasticity and his translational research with respect to applied plasticity. In 2016, he was awarded the prestigious Kavli Prize in Neuroscience for his lifetime of work in the field.

As a result of his seminal brain-mapping experiments thirty years ago, Dr. Merzenich overturned the conventional wisdom that plasticity ends in adolescence and showed that the adult brain remains plastic (or malleable) at any age.  He then applied principles of plasticity as a co-inventor of the cochlear implant, an invention that has restored hearing to more than 300,000 people with deafness.  His key insight was that the artificial cochlear could work with just 8 connection points to the brain (rather than the 3,000 of the natural cochlear) and that the brain’s plasticity would be able to fill in the information to make the implant effective. In 2015, he was a co-recipient of the Russ Prize from the National Academy of Engineering, the highest honor in bio-engineering, for this invention.

In 1995, Dr. Merzenich took a sabbatical from UCSF to co-found Scientific Learning Corporation (NASDAQ: SCIL), a company that has helped millions of school children with language learning and reading, through cognitive exercises based on principles of brain plasticity.  Dr. Merzenich was the company’s first CEO and served for many years as its Chief Scientific Officer.

For his body of work, Dr. Merzenich is among a small number of scientists elected by his peers to two of the three divisions of the National Academies of Sciences, Engineering and Medicine: he is a member of both the National Academy of Sciences and the Institute of Medicine (now the Health and Medicine Division of the National Academies). He is a recipient of many honors and awards, including the Award for Distinguished Scientific Contributions of the American Psychological Association, the International Ipsen Prize, the Zulch Prize of the Max-Planck Institute, the Thomas Alva Edison Patent Award, the Purkinje Medal, the Karl Spencer Lashley Award, as well as the two major awards mentioned above, the Russ Prize and the Kavli Prize.

Dr. Merzenich is an inventor on nearly 100 patents and has received scores of government grants.  He is an author on hundreds of peer-reviewed journal articles and the author or editor of several books, including one for lay readers entitled Soft-Wired: How the New Science of Brain Plasticity Can Change Your Life.

He may be best known to lay audiences for his role in a series of documentaries on plasticity on PBS and for his role in the award-winning Australian Broadcasting mini-series “Redesign My Brain” (shown on the Science Channel in the US as “Hack My Brain”). He and his work frequently are featured on television, in print media and on the web.